Memoir of a Midwestern Girl in the 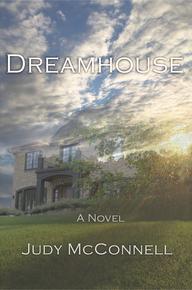 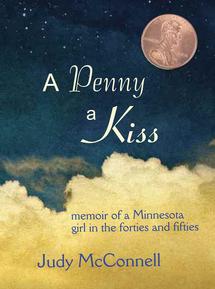 A Penny a Kiss

Memoir of a Minnesota Girl in the Forties and Fifties

Radley and Shane Gallagher are a golden couple in the world of the 1960s and '70s. Attractive and educated, their success seems assured on all fronts. Shane will steadily climb the corporate career ladder and Radley will become a happy mom busy creating an ideal home. They've even found their dream house in an upscale suburb that offers the best of everything. But as the Vietnam Ward drags on a half-a-world away, disillusionments settles in. Radley is frustrated by her homemaking role, and Shane doesn't really like traipsing off on weekends on family outings. He'd much rather stay home with his highball. Increasingly unhappy, Radley finds an outlet in a  consciousness-raising feminist group, where she meets women activists also drawn to the need for social change. As her involvement in the civil rights and women's movements deepens, Shane retreats, too. Deeper into alcohol.

Only when an accident nearly claims one of their children are Radley and Shane shocked into looking at what they've become--and what they've lost through their idealized expectations. And it could be too late. Set against the backdrop of the social movements of the era, Dreamhouse is realistic and disturbing,while offering a ray of hope. 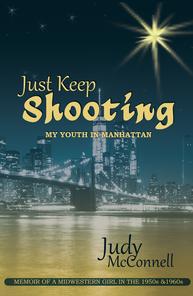 A Penny a Kiss

A young southern family's move from  small town West Virginia to Minnesota in 1939 brought many changes. The author is abandoned in her early years by parents preoccupied with the complexities of city life. After trying desperately to fit into a private girl's school, she goes on to a western college where she suffers major defeat and enters a relationship that sets her on a singular path.

With insight, courage and resistance she struggles to carve out her identity within the rigid moral code  of the forties and fifties. Pushing on the front edge of the rebellious hippy protest movements of the sixties, her struggles remind us that the "good old days" weren't necessarily what historical reporting has presented.

This is a story of on individual's transforming journey and how it shaped her, a story shared by many seniors who grew up in this transition generation.

This memoir is a sequel to A Penny A Kiss: Memoir of a Minnesota Girl in the forties and Fifties. Just Keep Shooting finds the young girl entering her twenties. Anxious to shake off the past, she strikes out on her own to forge a career in the exciting business mecca that was New York City in the nineteen fifties.

Eager, determined, fresh diploma in hand, she arrives to establish a life as an independent woman in a conformist era when young women were expected to marry and reproduce. Caught in the spirit of revolt and change that ignites the sixties, she throws aside convention as she sets out to discover like-minded free spirits and create a life that will satisfy her wanderlust and shape her identity. Her dreams light up the sky, but is she able to follow them through to the Promised Land?